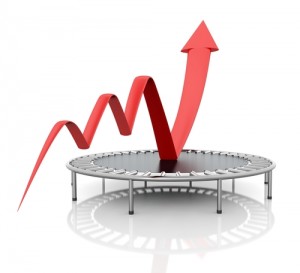 Home prices in most metropolitan areas grew significantly in the third quarter, with the national median price rising at its fastest annual clip in nearly eight years, according to the National Association of Realtors (NAR).

During the same period, existing homes sold at the fastest annual rate recorded in more than six years, according to NAR’s latest quarterly report on metro area median prices and affordability.

Despite the robust price growth, NAR estimated that potential buyers still had adequate income in most areas to purchase a home in the third quarter. Nonetheless, market momentum is changing, according to Lawrence Yun, chief economist at NAR.

“Rising prices and higher interest rates have taken a bite out of housing affordability,” Yun said. “However, we have the ongoing situation of more buyers than sellers in the market, so lower sales will help to take the pressure off home price growth and allow them to rise slowly at a single-digit growth rate in 2014.”

The national median existing single-family home price increased by 12.5 percent year over year to $207,300 in the third quarter, the strongest year-over-year gain since the fourth quarter of 2005 when it shot up 13.6 percent, according to the trade group.

In the second quarter, the median price reportedly rose 12.2 percent year over year.